This statistic highlights AMD’s Revenue by Segment on a quarterly basis from Q1 2016 onwards, split between Computing and Graphics, and Enterprise, Embedded and Semi-Custom.
Subscribe to Pro or Enterprise plans to unlock this feature.

This statistic highlights AMD’s Revenue by Segment on a quarterly basis from Q1 2016 onwards, split between Computing & Graphics, and Enterprise, Embedded & Semi-Custom.

AMD Inc. is an American multinational semiconductor company. They produce computer processors and related technologies for business and consumer products. It is headquartered in Santa Clara, California.

(All figures in billions, except percentages)

This segment addresses the need for computational and visual data processing in computing devices that include personal computers, laptops/notebooks, and workstations. The company serves this segment with its CPU, GPU, APU, system-on-chip and chipset product offerings. The Computing and Graphics segment is the major source of revenue for AMD Inc during Q1 2021 and contributes $2.10 billion, making up about 61% of the total earnings. The revenue during this period saw a growth of 7% as compared to Q4 2020 when $1.96 billion were earned.

While the revenue from Enterprise, Embedded and Semi-Custom segment has shown a continuous growth between Q1 2020 and Q1 2021, the revenue from Computing and Graphics markets while generally showing a  growing trend, has had a dip during Q2 2020.

The total revenue of AMD is expected to increase further with the introduction of the Radeon RX 6000M series mobile graphics which comes with several features for gamers including Infinity Edge, Smart Access memory, and SmartShift technology. HP, Asus, MSI and Lenovo will bring the new AMD Radeon RX 6000M GPU to their new powerful gaming laptops. AMD has also announced that it will be launching products such as RX 6700 XT graphics card, Radeon RX 6900 XT, and Radeon RX 6800 Series in the coming months.

In November 2009, Intel agreed to pay Advanced Micro Devices Inc $1.25bn and renew a five-year patent cross-licensing agreement as part of a deal to settle all outstanding legal disputes between them. AMD was rated as the fifth most progressive of 24 consumer electronics companies by the Non-Profit Organisation known as the Enough Project in 2020. 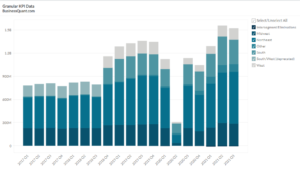 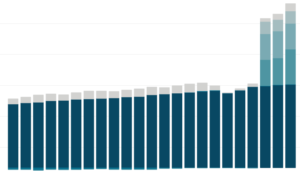 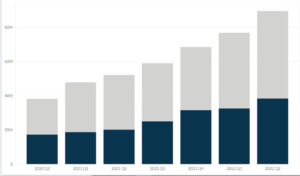