This article discusses the statistics on Semi Materials Sales By Region – Semiconductor Industry 2020. Semiconductor materials or semi materials are elements that constitute a semiconductor. These are mostly solid state materials and contribute to the very nature of a semiconductor- which is being able to conduct electricity under specific conditions.
Subscribe to Pro or Enterprise plans to unlock this feature. 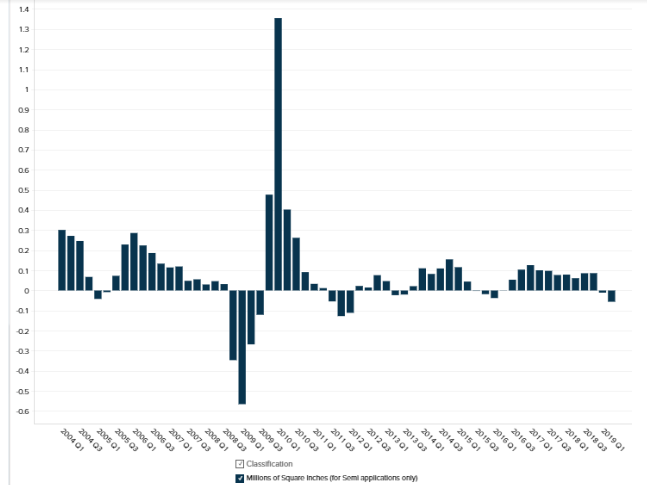 In terms of sales, the semi materials comprise of two components: fabrication (fab) material and packaging material. Fabrication is the process of developing integrated circuits on a wafer. The wafer is a thin slice made up of compound elements for specialized applications, but is mostly made of a pure element such as silicon. Since the 1960s, silicon (Si) has become one of the most widely used semi materials especially when semiconductors are utilized for computers and electronic components such as integrated circuits, monitors, mouse and keyboard.  Its strength, electrical properties and easy availability – being the second most common element on Earth, made silicon very popular among semiconductor manufacturers as evidenced by the historic Year-over-Year silicon shipment growth rate of 136% in Q1 FY2010. However, due to the inefficiency of the material in converting light to electric currents and vice-versa, silicon fell out of favor as the go-to element ever since semiconductors began to be used in cameras and solar panels and other technological inventions that were light based. As a result, Si has been facing difficult headwinds in its applicability as reflected in a downward trend in its shipment for the period between Q2 FY2010 and FY2018, interspersed with sudden but rather small increases in growth. [4] The overstocking by suppliers based on the anticipation that there would be huge demands for silicon has contributed to the drastic reduction in the current and probably future volumes of silicon shipment so as to avoid flooding the market.

Overall, however, there has been a huge demand in the semi materials market as there was a surge in global semi material sales growth by 10.65% to US $ 51.94 billion in 2018. This momentum commenced in 2017 with a growth of 9.62% clocked over the previous year. Taiwan is the largest consumer for the ninth consecutive year, accounting for 22% of the world’s market. The island is one of the leading exporters of chips and is the second largest semiconductor manufacturer in the world. It also owns the largest information and communications technology (ICT) packaging and testing service supply base. Sales of global fab materials rose 15.9% to US $ 32.2 billion and by 3% to US $ 19.7 billion for packaging materials in 2018 since the previous year. [5]

South Korea which displaced Japan as the second largest semi materials market in 2015, regained its spot in the top 2 with sales of US $ 8.72 billion in 2018. China, which regularly featured in the bottom 3, overtook Korea in 2017, thanks to the efforts of the Chinese government on setting up the China Integrated Circuit (IC) Industry Investment Fund. The purpose of the Fund is to raise finance for research and development in semiconductors. [6] North America and Europe are lagging behind the rest of the world region comprising of Philippines, Singapore, Malaysia and other Southeast Asian countries. While Europe has hit a new high with a 14% jump in sales over 2017, Asia continues to dominate the semi materials market.