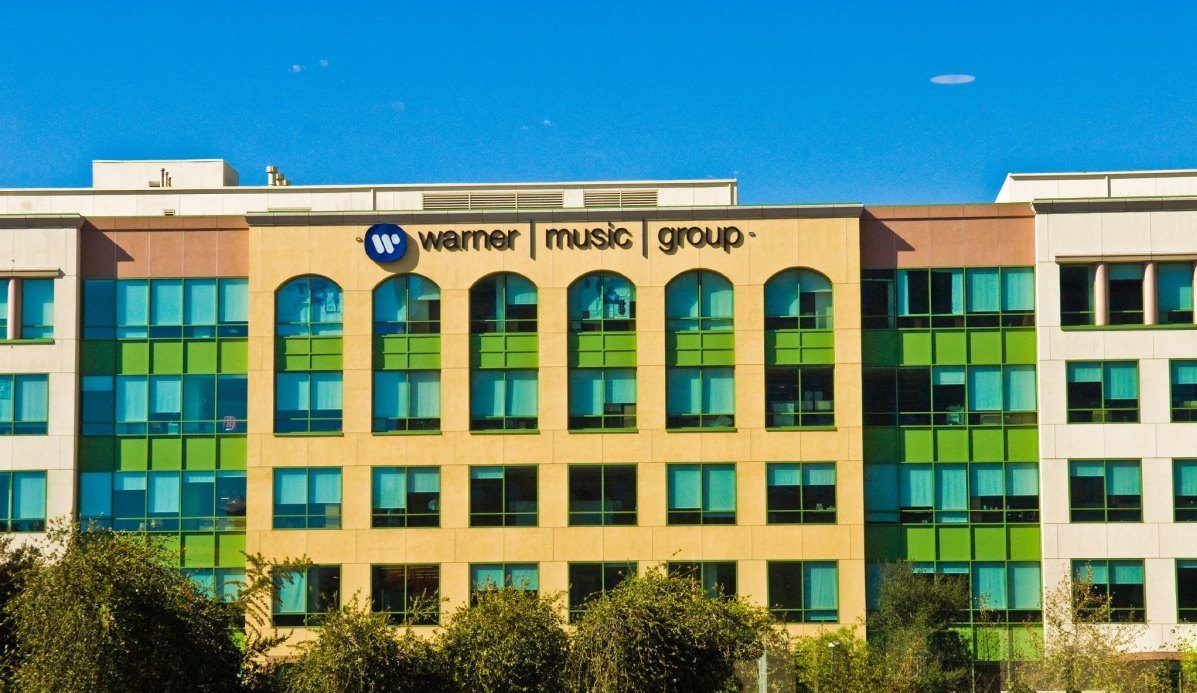 IPOs are back in swing

Fundraising volume globally is expected to recover to pre-pandemic levels this week with sizable listings by companies.  After weeks where IPO activity was limited to mostly special purpose acquisition vehicles and biotechnology companies, June brought back high-profile deals as volatility dropped to more normal levels.  Warner Music, whose streaming business has benefited from the lockdown, is set to price its IPO of as much as $1.8 billion.

Warner Music Group Inc. rose in its trading debut after shareholders raised $1.93 billion in an upsized initial public offering, the biggest U.S. listing this year. Shares of the music label, initially priced at $25, opened at $27 at 11:52 a.m. in New York on 2nd June, giving the company a market value of $13.8 billion. They climbed as much as 23% from the offering price, to $30.85.

Warner Music Group (WMG) is ready to make its public debut after putting it on hold as coronavirus rocked the stock market. Warner Music Group Corp. will issue 70 million shares on the Nasdaq under ticker WMG, according to the firm’s S-1 filing.

Priced between $23 and $26, the offering represents 100% of outstanding shares and is expected to bring in about $2.093 billion. The company priced its 77-million share IPO at $25 per share. 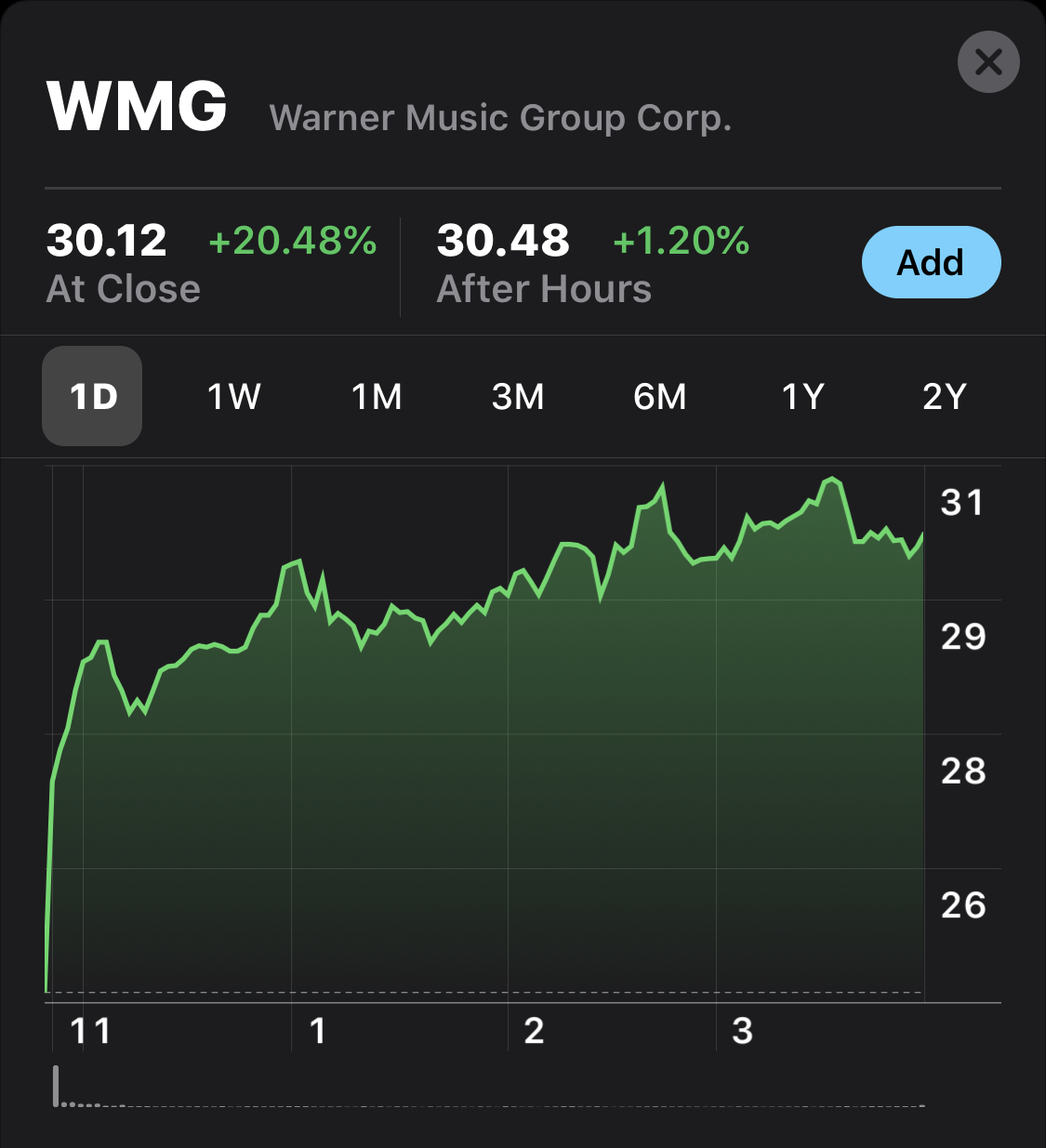 Headquartered in Los Angeles, Warner Music is a record-label conglomerate that owns the likes of Atlantic Records, Elektra Records and Parlophone Records. It is also a publishing company boasting about having more than 1.4 million musical works by more than 80,000 artists.

The company emerged in the 1960s as part of the Warner Bros. studios and was sold by Time Warner to private owners in 2004. It went public in 2005 before leaving the markets in 2011 following an acquisition by Access Industries.

Warner owns record labels and a music publishing company whose catalogs include songs from contemporary pop stars Lizzo, Dua Lipa and Ed Sheeran, as well as classics from Prince and Neil Young. Warner is now the only one of the three major music companies to trade publicly as a stand-alone company. Universal Music Group and Sony Music Entertainment are both part of larger corporations.

Entities controlled by majority owner Len Blavatnik and current executives sold shares. Warner Music itself won’t receive any proceeds, according to a filing with the U.S. Securities and Exchange Commission. Blavatnik, through Access Industries LLC, holds Class B shares and retains about 99% voting power in Warner Music after the offering, the filing shows.

Blavatnik acquired the company for $3.3 billion in 2011 when the record industry was reeling from years of piracy. Also, the demand was sluggish for the shift to online music consumption. But global record sales have climbed five years in a row due to paid streaming services like Spotify and Apple Music.

Warner now generates about 70% of its revenue from digital sources, and that share should grow over the next few years, according to Chief Executive Officer Steve Cooper.

Tencent Holdings Ltd. took a 1.6% stake in Warner Music Group Corp., according to a regulatory filing, further reinforcing the Chinese internet giant’s presence in the music industry. According to an SEC filing lodged by Warner on June 12, TME has acquired 4 million Class A common stock shares in the music company.

That 8m equates to 10.4% of total outstanding Class A shares and 1.6% of the entirety of WMG, according to the filings. Both of these transactions took place on Wednesday, June 3, which was the same day Warner floated a portion of its business on the Nasdaq in New York. If Tencent bought those 8m shares at Warner’s pre-market price of $25.00 per share on June 3, it would have paid $200m.

What makes this deal particularly intriguing is that back in October 2018, MBW revealed that Warner Music Group and Sony Music Entertainment had jointly acquired 68m shares in Tencent Music for a total cash consideration of $200m (the implication was that the two companies had paid $100m each for their shares).