Why United Health Group Is a Better Buy Than CVS Health? 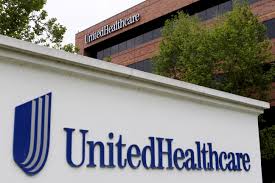 Why United Health Group Is a Better Buy Than CVS Health?

Amidst the coronavirus pandemic, companies in the health insurance sector have not experienced any notable effect of this crisis unlike other sectors, and they have managed to get along much better than the broader market. On one hand, United Health group has seen a growth of 6.8% from first week of February, the early days when WHO announced the coronavirus crisis, while on the other hand CVS Health group’s stock price dropped by -9.8% during the same timeline.

United Health Group has left no stone unturned as it posted strong Q1 results in the previous month and reconfirms its direction for a full year. While United Health group enjoyed the advantage of a higher number of enrollments of Medicaid though the costs increased as an impact of the pandemic, CVS Health group will be displaying its result in the coming week, hoping to see a rise in the earnings considering the increase in the number of Medicaid enrollments and higher sale of pharmacy, retail and OTC products reason being the stocking up of these products including other drugs and consumer healthcare products in the month of March. 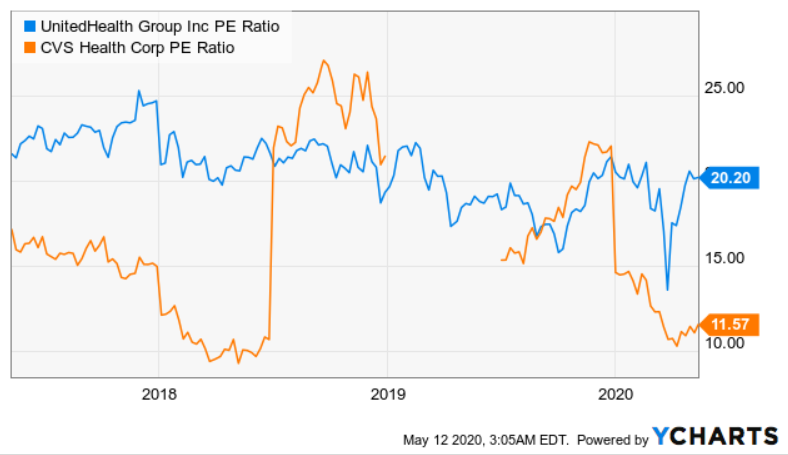 As the above graphs show the P/E ratios of CVS Health group and United Health group respectively, It can be clearly stated that P/E ratio of United Health of 2019 is 1.74x higher than that of CVS. Higher P/E ratio indicates that the stock’s price is high compared to its earning and is probably overvalued. Current P/E ratio of 2020 will be calculated using adjusted earnings of 2019 and the current market price. 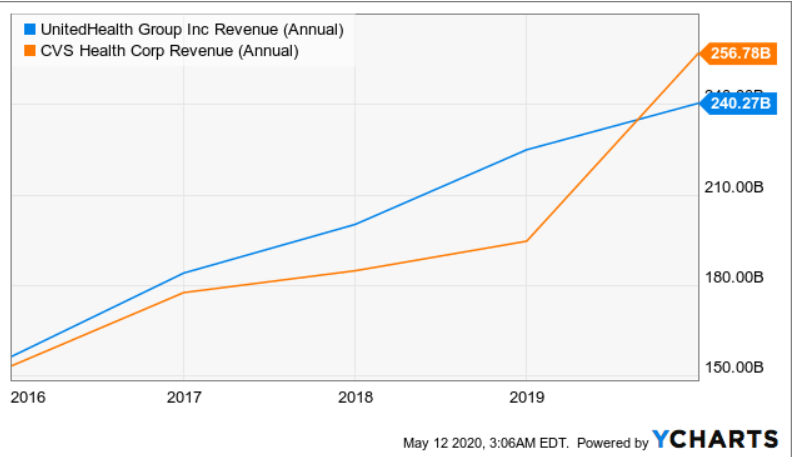 The jump in CVS Health group’s revenue in 2018 and 2019 was due to acquisition with Aetna: an American managed care company. 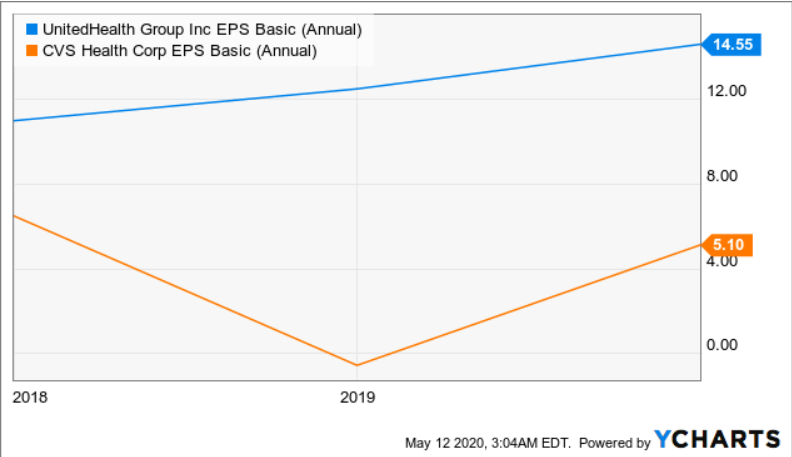 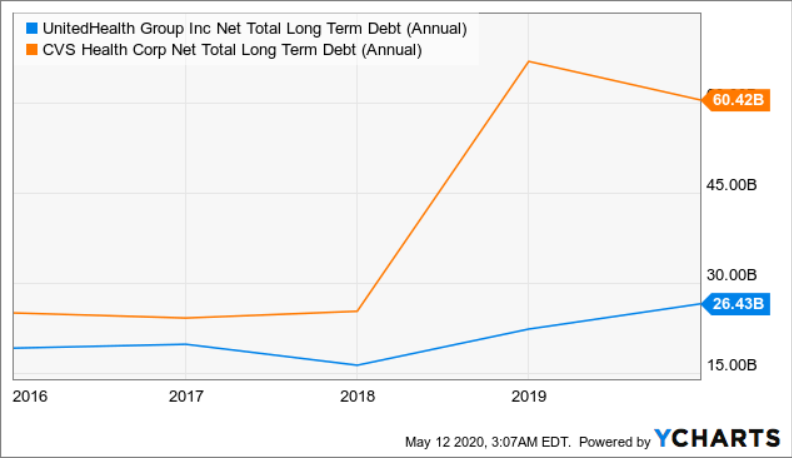