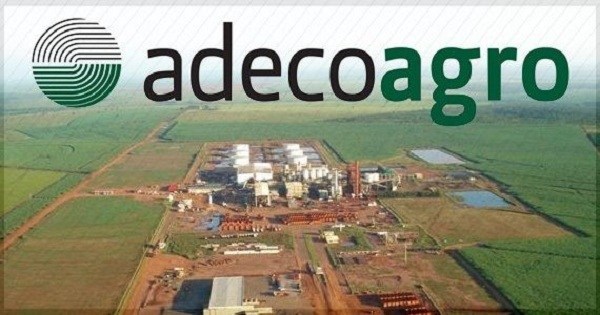 Adecoagro SA (NYSE: AGRO) released its quarterly earnings for the year’s first quarter on 14 May 2020. The company earned an adjusted Net Income of $43.9 million in the quarter, an increase of 202.6% as compared to Q1 of the previous year. The company undertook a number of strategies and measures to minimize the impact of the pandemic in the quarter.

Strategies executed to handle the pandemic

The following measures have been adopted by the company to minimize the impact of the pandemic on its operations:

Being an Agro-industrial company, the company was exempted in the worldwide lock-downs as an essential. The company has thus not been greatly impacted and continues to function without many disruptions. 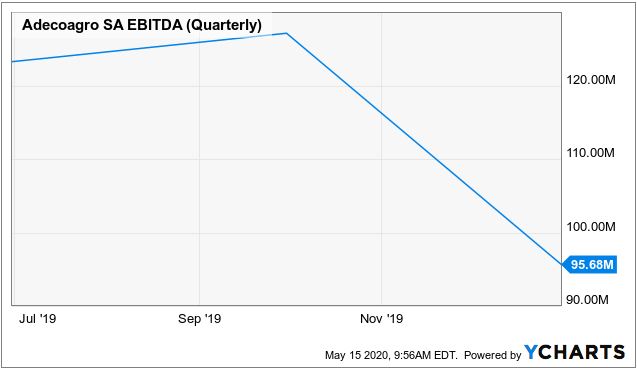 The Adjusted EBITDA from the Crops segment was $6.3 million which is 15.6% higher compared to the same quarter last year. This increase was seen as a result of the following reasons-

The Adjusted EBITDA for the rice segment was recorded at $15.2 million, an increase of 8.2% compared to the same quarter last year. This increase was a result of lower selling expenses on account of higher participation of export sales in the segment.

The dairy segment of the business recorded an Adjusted EBITDA of $3.2 million, an increase by 14.5% over the same quarter of the last year. This increase was mainly seen due to the higher selling volumes resulting from the vertical integration of the business. However, the business falls to a negative $8.6 million after including the interest expenses and the foreign exchange loss related to the financial debts.

For all the other segments of the business the Adjusted EBITDA was recorded at $6 thousand, $288 thousand lower than the previous year. 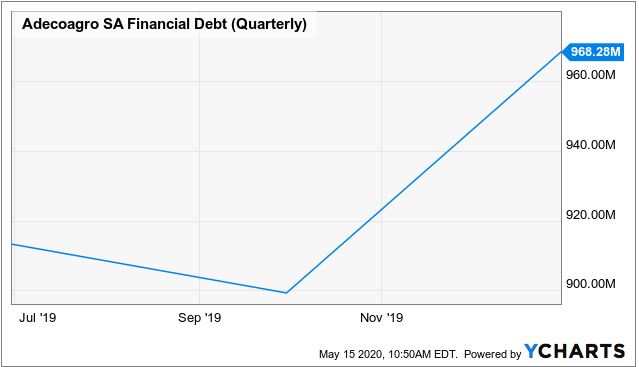 The company has a healthy liquidity position in the first quarter of the year. Most of its debt that were recorded in the quarter (approximately 80%) are long term in nature which imply that the repayment of these are not being hampered currently due to the pandemic. As of the end of the quarter, i.e. 31 March 2020, the company had cash & cash equivalent balance of $235 million.

The Net Debt ratio (Net Debt/EBITDA) was 2.31:1, while the Liquidity ratio (Cash & equivalents/Short term debt) was 1.15:1. These values being greater than 1 imply that the company has sufficient cash balances and liquidity to repay its short term liabilities without any external assistance. 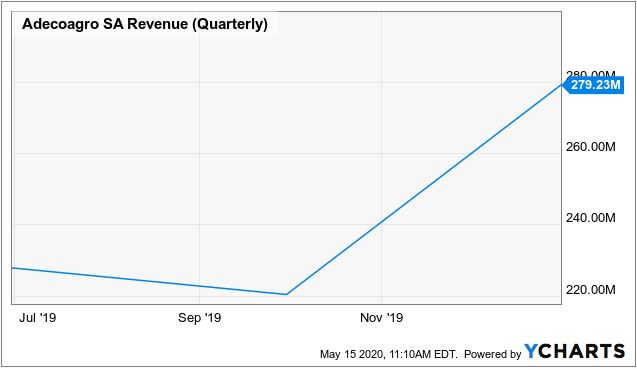 The net sales from the various segments of the business are as follows:-

However, the Net Income of the quarter amounted to a loss of $54.4 million as compared to a loss of $2.2 million in Q1 2019. This loss is mainly due to the non-cash that is derived from the the revaluation of the company’s U.S. Dollar denominated debt that is measured in local currency.

The company being in the agro-industrial sector tends not to be hampered much due to the current pandemic situation. The company is able to operate without many hindrances as being one of the essential product providers. This implies the company continues to generate proper revenues to be able to move forward through the current market scenario. The company though facing some difficulties managing its debt will be able to stand strong throughout the year and be in a stable financial position.

Liquidity would not be one of the major concerns for the company until the situation normalizes. And furthermore, once the markets starts to stabilize the company would be able to increase its operations even more and gain greater financial stability in the market and among its investors.