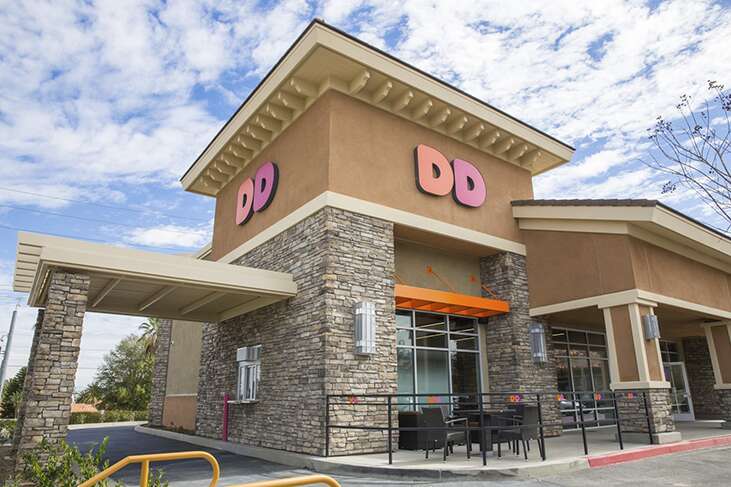 Dunkin’ Brands (NASDAQ: DNKN), the parent company of Dunkin’ Donuts and Baskin Robbins has made a noteworthy recovery since its share price fell to $38.51 on March 19. The share price as of 8th May was trading at $66 which represents a 71.4% growth since the last time it fell rapidly in March. Though the stock is still trading below its 52 week high of $84.74, it appears as an opportunity in the current environment.

With more than 21,000 points of distribution in more than 60 countries worldwide, Dunkin’ Brands Group, Inc. is one of the world’s leading franchisers of quick-service restaurants (QSR) serving hot and cold coffee and baked goods, as well as hard-serve ice cream. At the end of the first quarter of the fiscal year 2020, Dunkin’ Brands’ 100 percent franchised business model included over 13,000 Dunkin’ restaurants and more than 8,000 Baskin-Robbins restaurants.

Due to the pandemic, the profits of Dunkin’ were negatively affected as it had to shut down dine-in facilities across the U.S. in March. The reason for this was mainly the reduction in traffic as people were staying home and practicing social distancing. But the franchise model of the company that preserves financial flexibility helped to soften the blow. Both the brands of Dunkin’ Brands are operated by franchises. The franchise model helps the company to receive rental income which remains relatively stable, reduces capital expenditure spending, and also allows every franchise to operate as per local laws.

During the brief period before the pandemic began, Dunkin’ was trying to expand by entering into new markets in the western U.S. and abroad and even managed to launch some new restaurants. The disease halted new openings for the time being, but a total of 7 U.S. and 38 global locations were added to the basket this quarter. This brought the company closer to its strategic goal of opening 1,000 new restaurants by the end of 2020.

In the Q1 results that the company recently announced, it suspended its regular dividend program. This would result in cash saving of approximately $33 million in the second quarter.

Revenues for the first quarter increased by $4.1 million or 1.3%, compared to the same period last year. The negative impact on sales due to the COVID-19 pandemic affected the royalty income, primarily for the Dunkin’ U.S. segment.

The Company suspended share repurchase activity in March 2020 due to the uncertainty related to COVID-19 and its impact on financial and operational results.

The senior management of the company has agreed to take a voluntary reduction in salaries for a few months subject to the longevity of the situation which will help support the crew members in times of crisis.

Approximately 90% of Dunkin’ U.S. locations remain operational as of April 25. The temporary closures have been primarily on college campuses, transportation hubs, and in dense urban areas. The restaurants have been deemed an essential business in many jurisdictions allowing them to remain open in some capacity. The Dunkin’ U.S. has a flexible operating model where it can continue to offer drive-thru, delivery, and curbside service at locations where restaurant dining is not permitted.

CEO of Dunkin’ Brands, Hoffmann noted that takeaway sales were part of 90% of traffic before the pandemic. The company has strengthened its delivery-service partners, now offering delivery through Grubhub, Uber Eats, Doordash, and PostMates, among others, at approximately 4,000 restaurants. This has doubled the company’s pre-coronavirus delivery footprint. Its grocery channel is also seeing between 20% and 30% growth in bagged coffee sales, adding purchases from people stocking up at supermarkets.

Overall, Dunkin’s extensive network of franchises seems to have served it well during the pandemic. A flexible operating model combined with a measure of local franchise autonomy and flexibility seems to have offered protection to the entire brand. The stock value has bounced back over 70% from its mid-March low, and it looks like the company has a strong chance of continuing its long-term success considering the company’s demonstrated adaptability and quick recovery.