There are multiple reasons for the rise of Nvidia stock prices, including strong demand for the company’s graphics processors from public cloud operators and a positive investor reaction to the company’s $7 billion acquisition of the Israeli computer-networking company Mellanox. Demand from the core gamer PC market is still strong.

Breakdown of revenue from end market shows that the company earned $1.4 billion from gaming $968 million from Datacenter in the latest quarter. 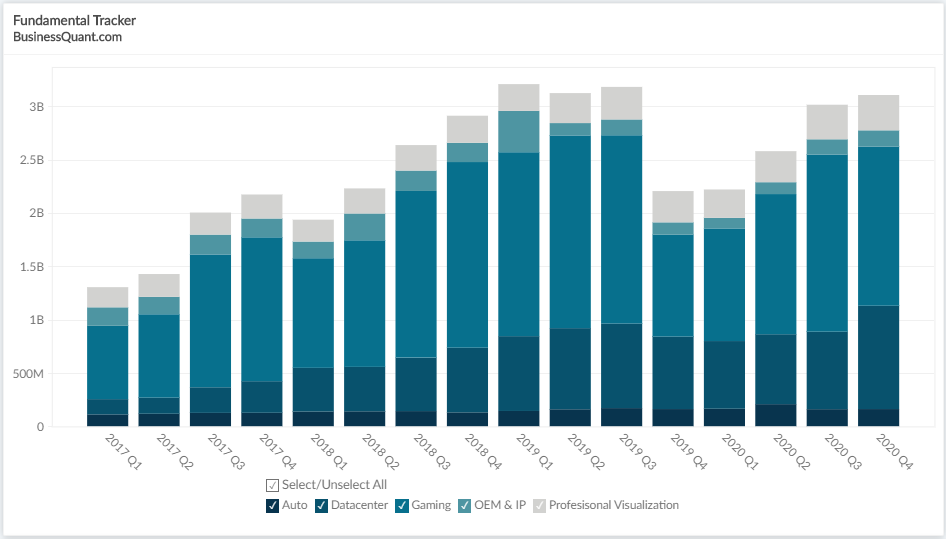 Nvidia is going to report earnings for its April quarter on Thursday, after the close of trading, and analysts are getting hyped. On Monday, BMO Capital analyst Ambrish Srivastava raised his rating on the stock to Outperform from Market Perform, with a target of $425 for the stock price, up from $285. The company, he says, is “entering beast mode.” The new price target represents a potential upside of 25% from the stock’s previous closing price.

“While the CPU will always be an important part of the solution, the GPU, and specifically what NVIDIA has done with its GPU along with its software architecture, positions the company uniquely to be the prime beneficiary as we look over the next five years or so. We also believe the acquisition of Mellanox makes NVIDIA an even more formidable presence in the data center market,” Srivastava said.

That booming market makes Nvidia an even more attractive play ahead of its earnings. BMO increased its annual datacenter revenue run rate forecast to at least $20 billion from $4.8 billion in 2020.

“Our view is that the company’s execution and its latest release of its datacenter suite of products suggests the software and hardware moat the company has created is getting deeper and wider,” Srivastava said. “This is particularly, true, in our view, as we head into an era of compute that is opening an opportunity in acceleration for NVIDIA.”

AMD (NYSE: AMD) delivered a first-quarter revenue of $1.79 billion, which represents an increase of 40.4% YoY. Wall Street expected revenue of $1.78 billion. The company posted an adjusted EPS of $0.18, which met the consensus estimate of $0.18.

Intel (NASDAQ: INTC) delivered a first-quarter revenue of $19.8 billion, which represents an increase of 23.5% YoY. Wall Street expected revenue of $18.70 billion. The company posted an adjusted EPS of $1.45, which beat the consensus estimate of $1.28.

Four straight earnings beats have gotten investors more optimistic about the market for graphics cards used not only in video games, but also due to the company’s exposure to multiple secularly growth markets such as the datacenter, autonomous driving, artificial intelligence, among others. All told, Nvidia’s guidance on Thursday will be the key factor in whether the stock will go higher or succumb to profit taking. 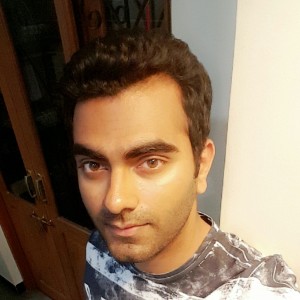