Latam Airlines to lay off 1400 employees

Latam Airlines to lay off 1400 employees

Latam Airlines (NYSE: LTM) on Friday 15 May 2020 announced that layoffs were to be expected from the company. A total of 1400 employees that account for around 3% of the company’s workforce are expected to be laid off. This decision has been taken as an action step against the pandemic that has been taking a toll over the company’s operations.

Roberto Alvo (Executive director of the Chilean-Brazilian carrier) stated that, “Despite all the efforts we have made to take care of jobs, we are forced to make this difficult decision. The effects of COVID-19 are profound and makes reducing the size of the LATAM group inevitable to protect its sustainability in the medium term.”

Furthermore, the layoffs that are planned are in addition to the voluntary retirement program that was announced by the company last week, which implies the departure of 800 more employees from the 6 countries that it operates in. 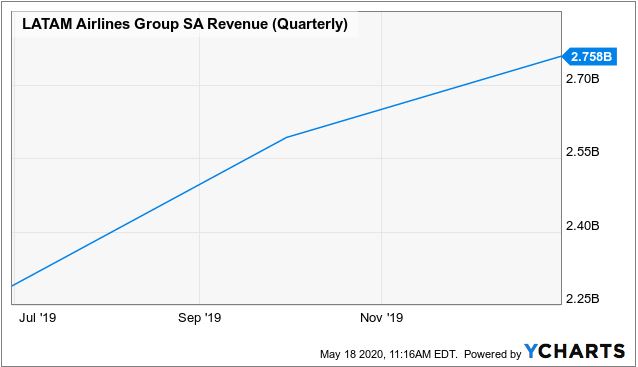 The company is one of the biggest companies in its sector. However, the company has been greatly affected by the outbreak of the pandemic. The revenues for the months have decreased rapidly as the sector became still due to the lock-downs being imposed globally.

The various segments of the company recorded the following changes in its revenues as compared to its revenues earned in April 2019:

The company moving forward in the current scenario is facing great difficulty to generate revenues for its survival in the market. The company’s total System Passenger Traffic fell by 96.6%, while its capacity decreased by 94.3%.

To move forward in the current market scenario the company is looking at strategies that reduce its expenses and cash crunches. As a result of this the company has already:

The company is looking at opportunities to effectively manage its various expenses and have enough resources to sustain itself for as long as possible. However, the capital expenditures and other non- cash expenditures (such as depreciation) have been increasing for the company as no revenues are being generated to pay them off.

The International Air Transport Association (IATA) indicates a forecast of losses amounting to $15 billion in revenues for the Latin American airline industry.

Latam Airlines moving forward should have its focus on survival in the industry. Various top management personnel (such as the LATAM Brazil’s President) believe that it would take around 2-3 years for the company to start earning profits and for the demand to come back to normal. Meanwhile, LATAM Airlines Colombia’s CEO expects the business to raise its demand by 60-70% by the end of 2021.

Furthermore, the losses that the company would be facing now would be difficult to overcome anytime soon. The company will have to again reach its break-even point before it starts to generate profits in the future. With no revenue being generated in the sector downsizing of the company is the major step that has been implied by the company. The company would see a huge increase in its debt component to be repaid which may hamper its goodwill in the market.

One of the measures that can be taken by the company is to partner up with airlines that can help them sustain by generating revenues through cargo shipments that are being operated to send out essential goods within country borders and internationally. 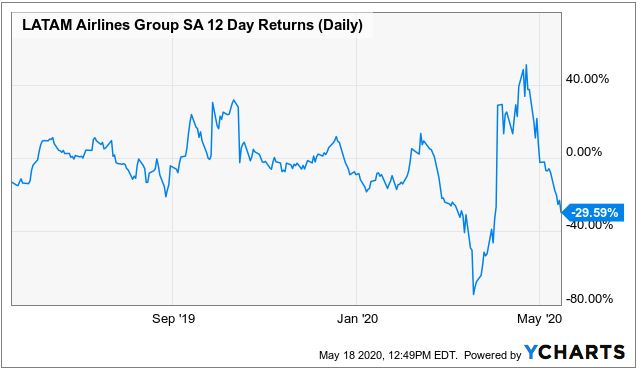 In the current situation, as a whole the aviation industry is not a good option to invest in. Companies are struggling to manage its liquidity and financials while some are moving towards bankruptcy. Hence, the companies would not be able to repay its liabilities or give any dividends to its shareholders. Investors who already hold shares in the company should analyze the financial condition regularly and withdraw their funds when the amount of losses that can be borne by them crosses their potential.

The aviation industry globally has a tough road ahead if the pandemic does not seem to end soon!