Latam Airlines (NYSE: LTM) on Tuesday, 26 May 2020 filed for bankruptcy under Chapter 11. The voluntary restructuring under Chapter 11 protection in New York was done with the support of the companies two largest shareholders Cueto and Amaro families and Qatar Airways. The company had to take this drastic measure as a result of the collapse of demand in the aviation industry greatly affecting its revenues.

Mr. Robert Alvo, the CEO of the company commented, “It entered the pandemic healthy and profitable, yet exceptional circumstances have led to a collapse in global demand and have not only brought aviation to a virtual standstill, but it has also changed the industry for the foreseeable future.”

Previously, the company announced the lay off of 1400 employees across to overcome its liquidity crunches. The company has been facing great difficulties to generate enough revenues to sustain itself in the market post the outbreak of the pandemic. The company’s revenues saw a drastic drop as lock-downs were imposed globally. The company’s total System Passenger Traffic fell by 96.6%, while its capacity decreased by 94.3%.

The above measures have not been completely effective in helping the company overcome its financial crisis as soon after the lay off’s were announced the next measure of filing of the Bankruptcy under Chapter 11 has been announced.

“The U.S. Chapter 11 financial re-organization process provides a clear and guided opportunity to work with our creditors and other stakeholders to reduce our debt, address commercial challenges that we, like others in our industry, are facing as a group. It is very different from the concept of bankruptcy in other countries and is not a liquidation proceeding.” was stated by the company.

The company’s affiliates in Brazil, Paraguay, and Argentina aren’t part of the bankruptcy case, that was filed in the Southern District of New York. Though, the impact would be felt widely as it served more than 70 million passengers a year on more than 300 aircraft. It also carried more than $7 billion of debt. 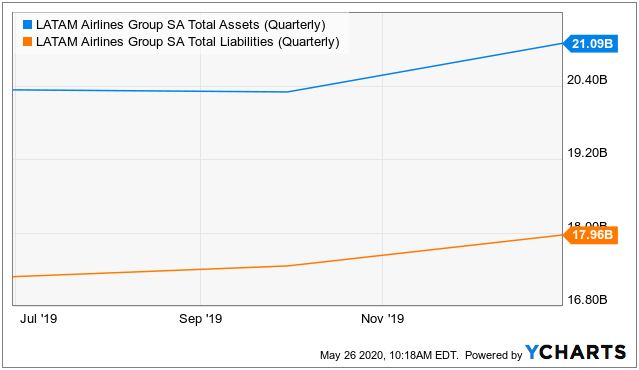 In its bankruptcy petition the company listed total assets of more than $21 billion and total liabilities of around $18 billion. Further, the company also has around $1.3 billion on account of cash in hand.

The petition would allow the company to continue its operations while the Chilean carrier works out a plan to pay creditors and turn around the business. It would be functioning on a reduced schedule and has commitments for a bankruptcy loan of as much as $900 million.

This petition was seen as an urgent action step as the U.S President Donald Trump ordered to restrict non-U.S. citizens arriving from Brazil to slow the spread of the virus. The Brazilian market accounts for 1/3 rd of the company’s revenues.

As of date the company has not received any access to government bailout packages designed to help offset virus-related distress. In a statement, the company said that, “Talks are underway with governments in Chile, Brazil, Colombia, and Peru about additional financing and assistance.” 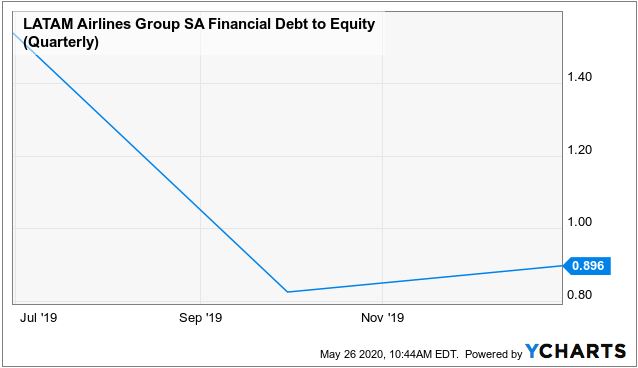 The petition for the bankruptcy would help the company restructure and reduce its liabilities and not completely liquidate it. The company would have to make strategies to make the most of its restructuring to keep its expenses to the minimum level and not over-utilizing its assets until it can resume its operations. The company has a debt-to-equity ratio of 0.896 which implies that the company can effectively cover 0.896 dollars of debt with its equity holdings per dollar.

Moving forward, the company should look for new avenues to explore as operations would continue for some of its segments. This would help them to find some financial stability just to recover the costs as major steps have already been taken to make the company sustain itself.

No new investments are expected to be seen for the company or the industry in the near future as the pandemic has negatively affected it to a great extent. It can be said, that the sector has been one of the worst-hit by the outbreak!