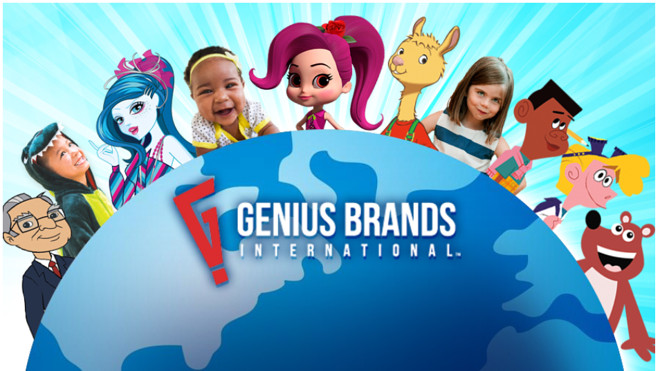 Genius Brands International Inc. (NASDAQ: GNUS), the company which until recently was struggling to keep itself listed on Nasdaq, recently gained 2500% since May.

This rush has come due to a string of operational advancements and investments announced by the company on May 28. The company continuously gained in the market of 52 weeks high.

On May 18, the company announced that it has entered into a securities purchase agreement with certain long-standing investors who provided for the purchase and sale of 7.5 million shares of its common stock at a purchase price of $1.20 per share, priced “at the market” under Nasdaq rules based on the average closing sale price for the previous five trading days, in a registered direct offering, resulting in total gross proceeds of $9.0 million.

The Special Equities Group, LLC, a division of Bradley Woods & Co. LTD, acted as the placement agent for this transaction. This provided support to the share in the market and gave hope to the investors.

The share of GNUS shot up 97.3% to a $7.93, the highest close since June 2015. Trading volume floated to 397.5 million shares, which was more than double the previous one-day record of 185.2 million shares traded reached on Tuesday, and this made the stock the most actively traded on major U.S. stock exchanges.

The company intended to use its net proceeds to flourish its newly-announced digital network for children, Kartoon Channel, which will launch on June 15 and be available in about 100 million TV households around the U.S. and approximately 200 million mobile devices. This network will reach around 100 million U.S. television households and over 200 million mobile devices. It will also use the net proceeds to fund the production of additional episodes of its series ‘Rainbow Rangers’, and for the repayment of certain outstanding debt as well as use for working capital.

The stock’s callup comes in the face of a growing number of skeptics, as contrarian bearish bets keep increasing to record levels despite more folds in costs, which could provide the backdrop for further buying.

CEO Andy Heyward described the channel as a “turning point” in a letter to shareholders, and dubbed it on NETFLIX for kids.

SOME OTHER KEY HIGHLIGHTS:

Investors clearly like the news and this bring the high in the share price of the company which is 52 weeks high.