This statistic highlights Fitbit’s Unit Sales Shipments, reported on a quarterly basis from Q1 2016 onwards.
Subscribe to Pro or Enterprise plans to unlock this feature.

Fitbit has its operations all across the globe, but about 60% of Fitbit’s total revenue comes from the U.S. Fitbit’s revenue dropped to 1.43 billion in 2019 from 1.51 billion in 2018, a 5.2% drop from 2018. Fitbit is considered the fifth largest wearable company in terms of shipments in 2019, which growth of about 14.8% from the previous year. Fitbit has reportedly sold more than 100 million devices worldwide and has more than 28 million active users.

Fitbit’s revenue had reached its peak in 2016 at $2.17 billion, after which the sales started declining and have been going down for three consecutive years now. The figures for Fitbit’s sales have shown a similar trend for the past three years where sales start increasing quarter on quarter as the end of the financial year approaches. Google has acquired  Fitbit for about $2.1 billion dollars. This acquisition of the company might help to improve the sales given Google’s brand power and thus improve the slump that the company had been facing in recent years. Fitbit is now coming up with new performance metrics and improved technology and more advanced products to attract new customers.

Did you like Fitbit’s Unit Sales Shipments statistic? Get access to such granular datasets by registering for free. 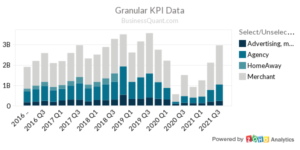 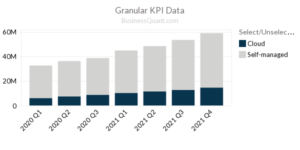 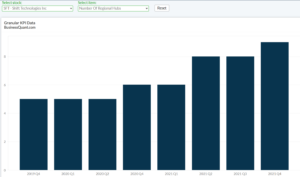