EVERI Holdings Inc. (NYSE: EVRI) is a major supplier of gaming products, financial technology, services and a player of loyalty solutions to the gaming industry. The company also produces automated teller machines, slot machines and other financial services to casinos. On June 2nd, the company released its financial results for the first quarter ended March 31, 2020.

Since the commencement of the pandemic and the resulting closure of the customers’ casinos from mid-March, the company’s attention has been on addressing the impact on the employees and their families, the customers and the Company. The company preserved cash and improved liquidity position to allow the Company to achieve its long-term goals as the customers’ operations begin to reopen. These actions included dramatically reducing the near-term cash burn rate, accessing the capital markets in April for an incremental $125 million term loan and amending certain financial covenants of the existing credit agreement.

Operating income declined to $10.4 million for the first quarter of 2020 compared to $25.9 million in the prior-year period. Net loss was $13.5 million, or a loss of $(0.16) per diluted share, which included the impact of a $7.4 million pre-tax loss on the extinguishment of debt related to the early partial redemption and repurchase of a portion of the Company’s senior unsecured notes in January and March 2020, compared with net income of $5.9 million, or earnings of $0.08 per diluted share, in the first quarter of 2019.

Revenues generated from the sale of gaming units and other related parts and equipment totalled $11.6 million in the first quarter of 2020 compared to revenues of $23.1 million in the prior-year period.

“As casinos across the country begin to reopen and return to normalized operations over time, we believe our product development innovation initiatives together with our consistency in operational execution will drive the long-term enhancement of shareholder value,” said CEO Rumbolz. 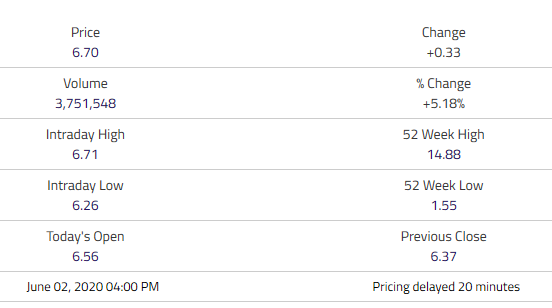 The revenue of the company dropped by the hit of the corona pandemic, mainly due to a complete shutdown across North America. The financial report disappoints the investors but they are hoping for some strategic move from the management in the future. The company has a beta value of 2.68 and 987,635 have been the shares traded in the last trading session. Currently, the company valued at $542.55 Million, closed the last trade at $6.38 per share which meant it gained $0.1 on the day or 2.72% during the session. The EVRI stock price is -133.23% off its 52-week high price of $14.88 and 75.71% above the 52-week low of $1.55. 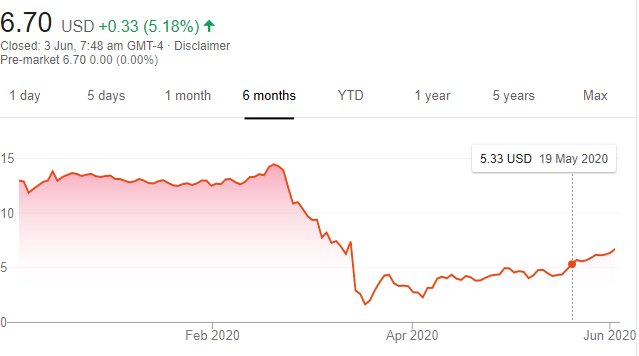