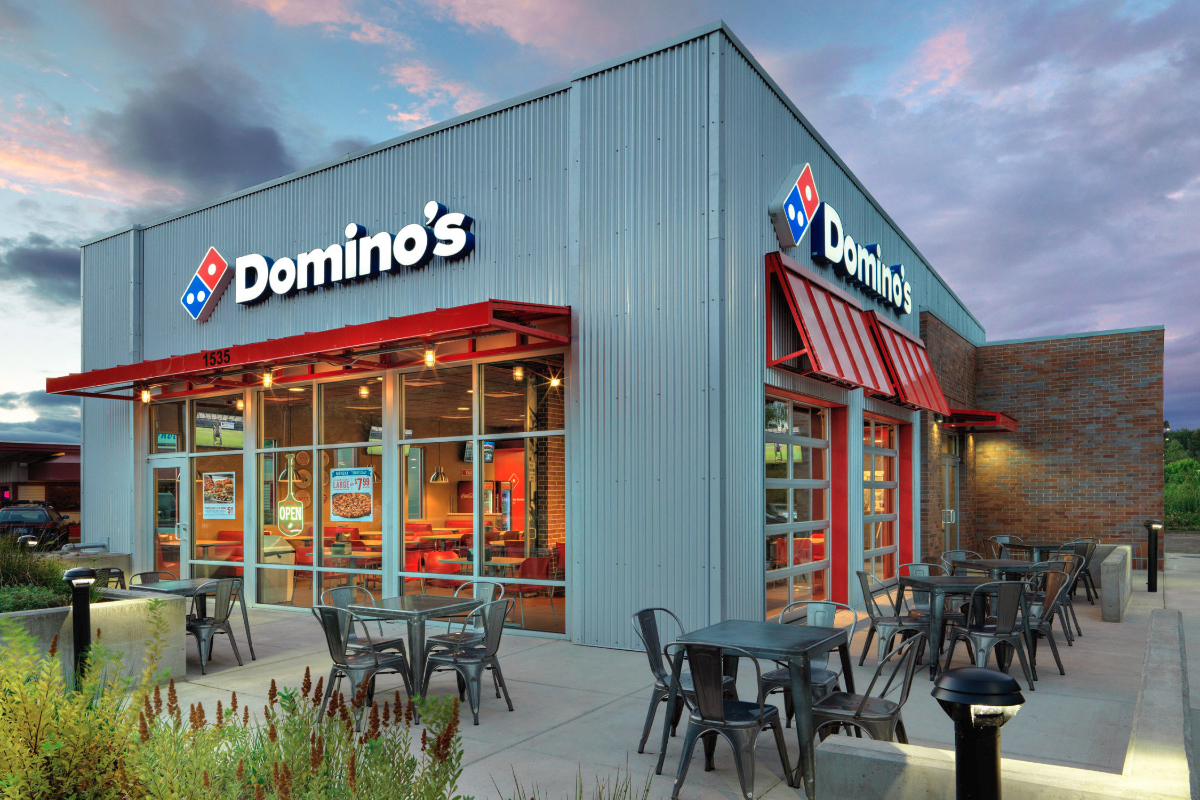 Domino’s Pizza, Inc. (NYSE: DPZ), the largest pizza company in the world based on global retail sales, on 26th May announced preliminary information from the first eight weeks of the second quarter in advance of its second-quarter earnings release on July 16, 2020, in light of the dynamic situation related to the COVID-19 pandemic.

Domino’s Pizza, Inc. announced it had seen a boost in sales in the United States between late March and mid-May as the pandemic forced residents to stay home. Preliminary same-store sales at Domino’s rose 14% in the second quarter on a year-on-year basis.

“We are seeing a tailwind as consumer behavior across the restaurant industry has shifted toward delivery and carryout, though we are not sure whether this trend will continue for the remainder of the second quarter or how long this tailwind may last,” CEO Ritch Allison said in a statement.

Domino’s provides this business update in the spirit of transparency and due to the material increase in U.S. same-store sales that have been experienced subsequent to their first-quarter earnings release on April 23.

As the broader fast-food industry has seen many of its customers return, Domino’s has also noticed a lift to its own sales. The pizza chain reported U.S. same-store sales growth of 20.9% from April 20 to May 17. During the previous four weeks, its domestic same-store sales rose by just 7.1%.

Analysts predict that delivery-based pizza chains like Domino’s will fare better than other restaurant companies while the country grapples with the coronavirus pandemic.

Allison, citing store closures and operating limitations, said that some of its international markets are not faring as well as the U.S. As of May 24, less than 900 of its international locations are closed, down from its peak of 2,400 temporary closures. International same-store sales rose just 1% during the first two months of the quarter.

Domino’s has $250 million cash at hand to “provide ongoing financial flexibility.” It borrowed $158 million under its outstanding variable notes during Q2 2020.

Tuesday’s announcement appears to have excited investors. Domino’s Pizza was trading approximately 1.1% higher in after-market trading hours. YTD, Domino’s Pizza has returned 22.6% as of May 26. The company has outperformed its peers and the broader equity markets. During the same period, Papa John’s (NASDAQ: PZZA) and Yum! Brands (NYSE: YUM) have returned 17.5% and -12.6%, respectively. Meanwhile, the S&P 500 Index has fallen by 7.4% this year.

Amid the COVID-19 outbreak and shelter in place guidelines, many restaurants closed their dine-in space. They’re only operating delivery and takeout services. Meanwhile, independent restaurants can’t survive on just delivery and takeout services. So, investors expect Domino’s to gain market share from these small players. The company’s stock price rose due to optimism about market share gains and its strong fourth-quarter performance. Last month, the company reported its first-quarter earnings. 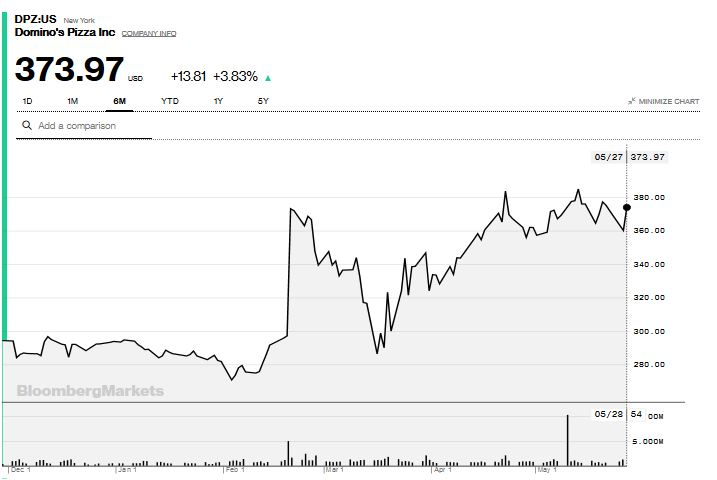 Due to the uncertainty surrounding the impact of COVID-19, Domino’s Pizza had a $158.0 million outstanding variable debt during the quarter. Since then, the company has paid back $100 million of the debt. After paying back some of the debt, the company still has $250.0 million in cash. Subsequent to the repayment, the Company currently has $102.0 million of available borrowings under its $200.0 million variable funding notes, net of letters of credit issued of $40.0 million. Meanwhile, the company is also generating positive cash flows, which strengthens its balance sheet.

The Company expects to continue its traditional quarterly reporting going forward and does not intend to issue further intra-quarter business updates related to the COVID-19 pandemic.