DocuSign, Inc. (NASDAQ: DOCU) is known for world-class e-Signature solution as part of the DocuSign Agreement Cloud. On June 4, the company announced results for its fiscal quarter ended April 30, 2020.

Operational and Other Financial Highlights

DocuSign Agreement Cloud: As the latest in DocuSign’s regular cadence of product updates, this year’s first release focused on enhancements and features requested primarily by customers. This included the Agreement Cloud Editor, which helps create agreement templates using Salesforce data fields; DocuSign Click Enhancements, which offer greater clickwrap customization and support; ID Evidence, which enables the capture of ID document information for companies in regulated industries; and the expansion of DocuSign Payments to all countries and currencies supported by our payment gateway partners: Stripe, Braintree, Authorize.net, CyberSource and Zuora.

Closing of Seal Software acquisition. On May 1, DocuSign completed its acquisition of Seal Software, one of the leading contract analytics and artificial intelligence (“AI”) technology providers. DocuSign will now work to bring the power of Seal’s AI engine first to DocuSign CLM and overtime to the entire product portfolio as part of the drive to make the Agreement Cloud smart. 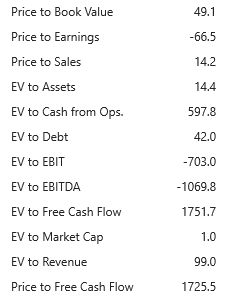 Above are current valuation of the company. Price to book value 49.1, Enterprise Value to assets ration is 14.4, enterprise value to debt is 42.0, and other valuation are mentioned above.

Interest coverage ratio of the company is -5.2, current ratio is 1.4 and debt to equity ratio is 2.5.

EARNING BEFORE INTEREST AND TAX 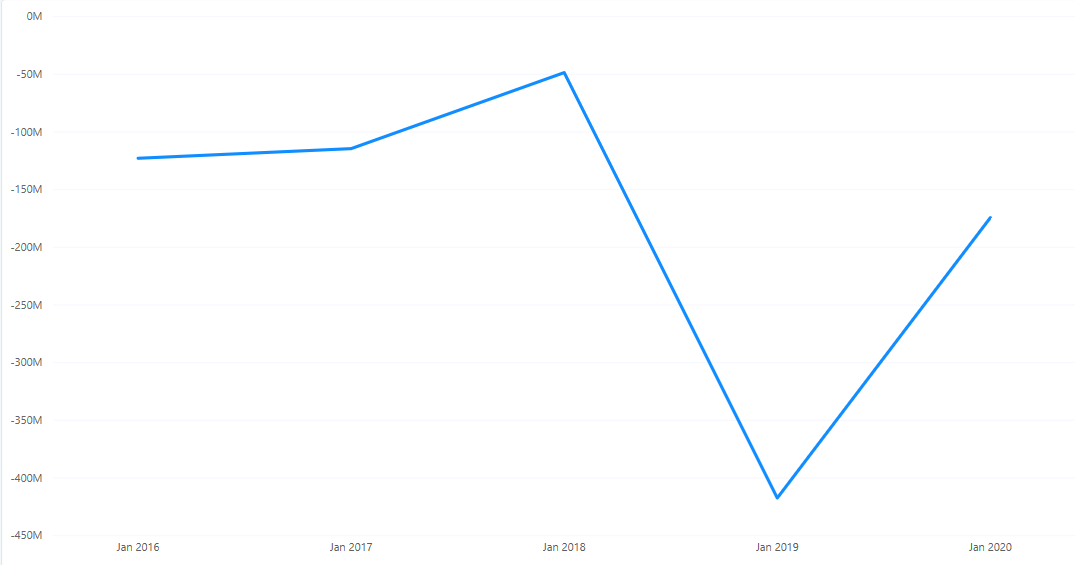 The above graph shows the trend for the earning before interest and tax. As shown in the figure, the EBIT is starting is decreasing in 2018 and starts growing from 2019.

DocuSign was founded in 2003, deals in electronic signature and digital transaction management software and services. DocuSign opened its office in London, England in 2011. In the same year the company opened office in San Francisco which now work as its global headquarter.

DocuSign signed an agreement with PayPal company in 2012, that allowed users to capture signatures and payments in a single transaction with DocuSign Payment. Similar partnerships with Salesforce.com, and Google drive preceded the PayPal agreement.

In 2012, business insider reported that around 90% of Fortune 500 companies had signed up to use DocuSign.

In 2019, DocuSign announced its DocuSign Agreement Cloud which provides former position as a leader in digital transaction management in the market.

DocuSign states preferences for 2020 and present sufficient outlook to create a impressive income statement. which said that operating leverage is beginning to kick in, which is the key to successful stocks. DocuSign is states that operating expenses, sales and marketing, and research and development will be roughly flat in 2020 compared to last year. As a result, with the increase in revenue, DocuSign expects to turn a profit for the year. With the strong partnership in the market the company is going to perform pretty much well in future.