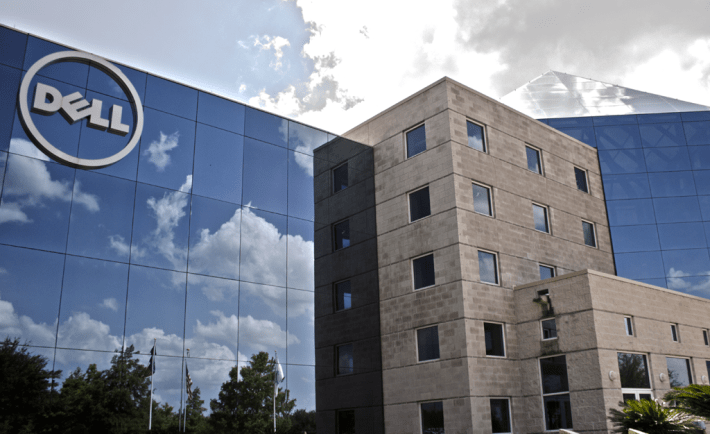 Dell Technologies (NYSE: DELL) announced the result for first quarter of 2021 on 28th May 2020. Period of this quarter ended on 1st May 2020. Company managed to beat the estimates of the analyst, but revenue remained flat in Q1 2021 over a year.

Financial Highlights of Q2 2021 result are: 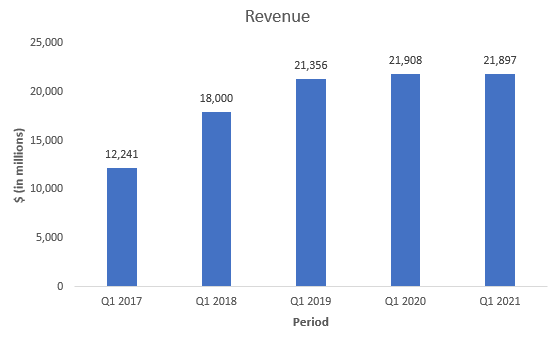 For health and safety of the employees, company has restricted the travel and all the events are conducted virtually. 90% of 165,000 employees of the company are working from home. For the employees who are required to work on site, company is following all the protocols set by the government for health and safety. IT team is helping small businesses and multi-national corporates by providing solution for work from home.

In New York, company is helping health care officials and first responder by providing technology such as PC, storage, server, VMware along with its implementation. As lockdown order was imposed, so company directly shipped PC, monitor, notebook and other accessories to the people at home. Dell has launched Payment Flexibility Program, where customer can get access to the technology which they require and payment can be deferred by 180 days. 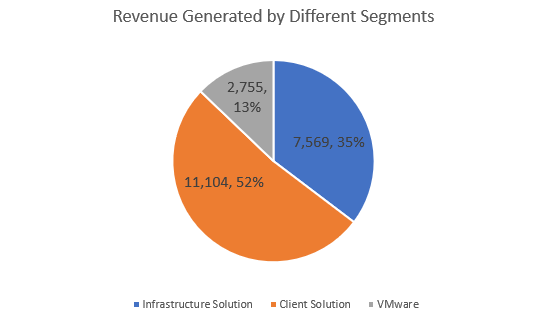 Dell technologies and Orange started working together for developing new platform for cloud-based mobility one year ago. On 21st February 2020 Dell technologies and Orange build an agreement to work together in 5G technology. Dell’s Latitude notebook becomes the first PC to pass 5G test in orange network. Speed on 5G network was 20 times faster then 4G. Both the companies feel that working together, they can create new business opportunity in bandwidth-intensive applications.

Dell has not provided the guidance for next quarter due uncertainty caused by COVID-19. In Q2 2021, Infrastructure solution segment may report weaker revenue growth as demand has decline due shutdown of offices. As some company wants its employees to work from home for longer period, client solution segment and VMware segment can boost revenue due to increase in sales of Laptop and SaaS.