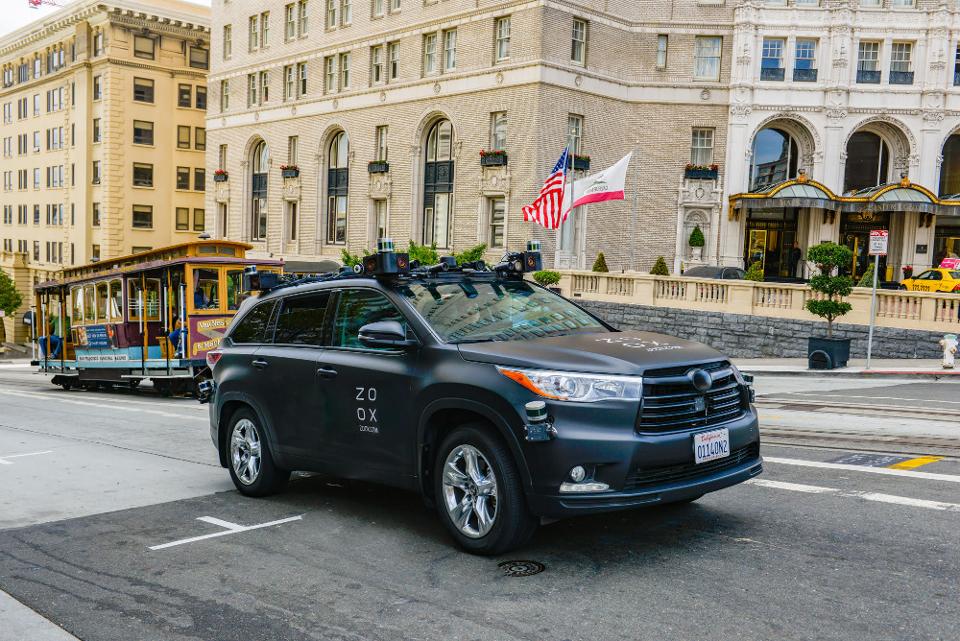 Amazon (NASDAQ: AMZN) is reportedly in advanced discussions to acquire self-driving car start-up Zoox, though neither company has confirmed the talks. The autonomous driving system designer was valued at $3.2 billion in 2018, but the purchase price is likely lower due to fallout from the pandemic, according to a report from The Wall Street Journal.

Amazon Inc.’s talks to buy driverless vehicle startup Zoox Inc. has analysts speculating the deal could save the e-commerce giant tens of billions a year and put auto, parcel, and ride-hailing companies on their heels.

Shipping costs are one of Amazon’s largest expenses and may reach $90 billion in the coming years, Morgan Stanley’s analysts wrote in a report Wednesday. They estimate that an autonomous offering could save the company more than $20 billion annually.

“Autonomous technology is a natural extension of Amazon’s efforts to build its own third-party logistics network,” Morgan Stanley’s analysts wrote. They see the company being a clear competitor to the likes of Tesla Inc. and General Motors Co. and the potential for Amazon to compete in ride-sharing and food delivery.

Other companies in the automotive and chip industries have also held talks with Zoox about a potential investment. At least one other business besides Amazon has offered to buy the company. Zoox is unlikely to sell for less than the more than $1 billion that it has raised, according to the people, who asked not to be identified discussing private negotiations.

Amazon is willing to spend heavily to automate its e-commerce business. The online retail giant purchased warehouse robot-maker Kiva Systems Inc. in 2012 for $775 million and now has tens of thousands of robots in warehouses around the world.

But paying drivers to deliver packages is still one of the biggest costs in the company’s operation. Chief Executive Officer Jeff Bezos announced plans for drone delivery in 2013, though they have yet to materialize at scale. Last year, Amazon revealed an experimental delivery robot called Scout in the Seattle area that rolls on sidewalks like a shopping cart.

Zoox has been receiving interest in a strategic transaction from multiple parties and has been working with Qatalyst Partners to evaluate such interest,” a Zoox spokesperson said in a statement.

Zoox, founded in 2014, has been working to develop the hardware and software needed to create electric-powered, robot taxis that would be summoned by a smartphone app starting this year. Zoox is working to integrate the latest in automotive, robotics, and renewable energy systems into its designs. It has previously published videos of vehicles performing a series of complex driving maneuvers in downtown San Francisco in heavy, multi-lane traffic amid pedestrian crowds.

An agreement may be weeks away and the discussions could still fall apart, one of the people cautioned.

Viable self-driving technology could be a game-changer for Amazon, whose shipping and delivery costs are among the company’s largest expenses.

A successful deal could give new life to a once-high-profile startup that has seen its fortunes dim as it struggled to raise money. Amazon, a few years ago created a team devoted to driverless-vehicle technology, motivated in part by a push to transport more of its goods itself. It has made several investments in the area, including last year when it participated in autonomous-technology firm Aurora Innovation Inc.’s $530 million funding round.

Zoox was practically alone in aiming to build a whole new kind of electric-powered vehicle and to operate the fleet itself. Peers such as Alphabet Inc.’s Waymo, General Motors Co.’s Cruise unit, Ford Motor Co. and Volkswagen AG’s joint venture Argo AI, and Aurora Innovations Inc. have focused solely on developing the self-driving technology that could subsequently be fitted into vehicles.

Zoox wanted to be Tesla Inc., Waymo, and Uber Technologies Inc. all rolled into one. There were expectations that by 2020 robotaxis would take you around but this dream failed to materialize.

Robotaxis may not be coming any time soon but there are alternative applications for autonomous technology that fall exactly in Amazon’s wheelhouse, namely, logistics. Solutions to reduce shipping costs could be used across warehousing and distribution. Buying Zoox could take Amazon’s moves in this field to a whole new level with an existing investment in Aurora and experiments with self-driving truck specialist Embark and electric van maker Rivian.